Howard, Blair, and Tommy D helped me finally get my walls up. Even though I had measured everything six ways from Sunday, it was still a little surprising and exhilarating to see everything I had been working on horizontally for weeks suddenly become vertical, and to see them all slide home and all be square, and the same height, and almost plumb right off the bat. Even the wheel well cutouts were dead on. And no hernias!

Then I cut out the rest of the windows and the door, and holy crap! It’s huge! I might have to sell this one and build a smaller one.

Got the front wall framed and built this weekend. Spent a LOT of time doing math and geometry over and over again to figure height and where the window needed to go (I forgot how much I love geometry! And doing math with paper and pencil. With fractions and shit!!) 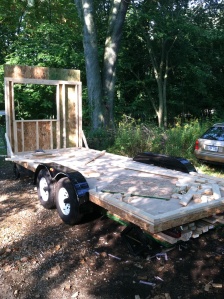 Gots me a picture window…

I screwed it up in two different ways. Good thing I had planned on taking it down anyway. 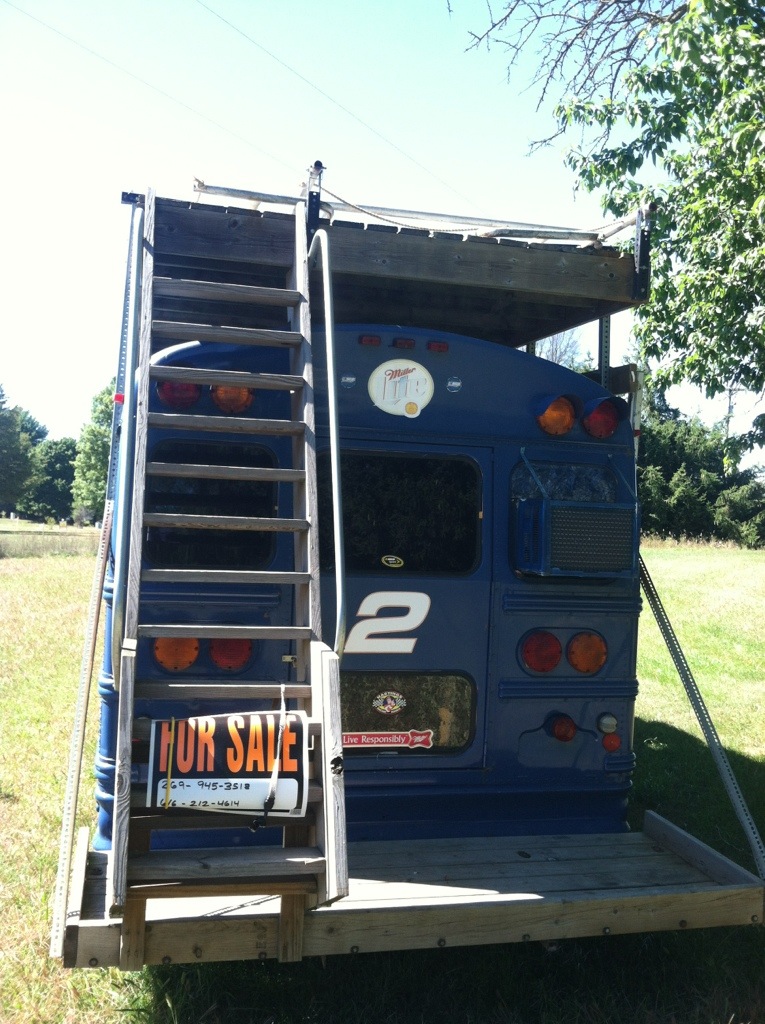 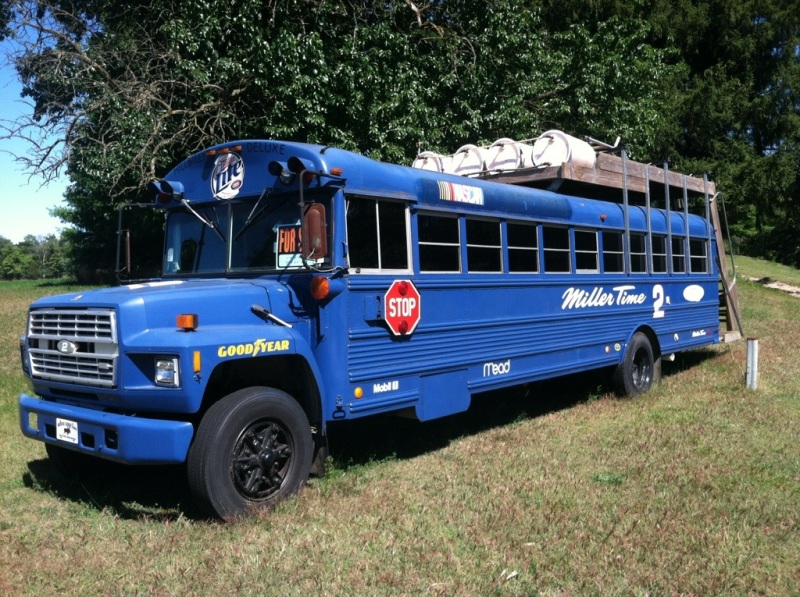 I finished up the insulation on Friday and the subfloor on Saturday. I waited until the last minute to cover up the porch opening, because, true to my usual ‘no-planning until the last minute’ plan, I’ve decided to not have a porch, and to not even have the door in the ‘back’. I’m going to put either a full sized door or French double doors along the side, in front of the wheels. This will not only allow me to add my appliances and furniture later (again, planning comes later), but also if I ever back my house into a very tight spot, amongst the trees, for example, I won’t have to worry about turning the house around to have the door accessible. 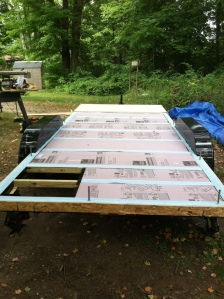 When I finished the decking, I found that I had done the impossible. I measured the it out, and the subfloor is only 1/16 of an inch off from being perfectly rectangular. I wasn’t trying or even hoping that it would end up that way, and was planning on finagling it later when I put up the walls. But now I don’t have to make any mods. I can start the walls! (As soon as I plan where to put the doors and windows, that is…) 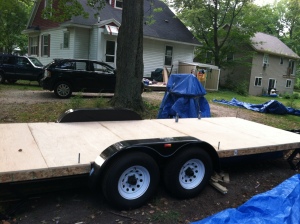 Oh and hey, you can see the shed I built to hold my tools, too.

My latest addiction to end all addictions…

The Addiction Before the Last Addiction